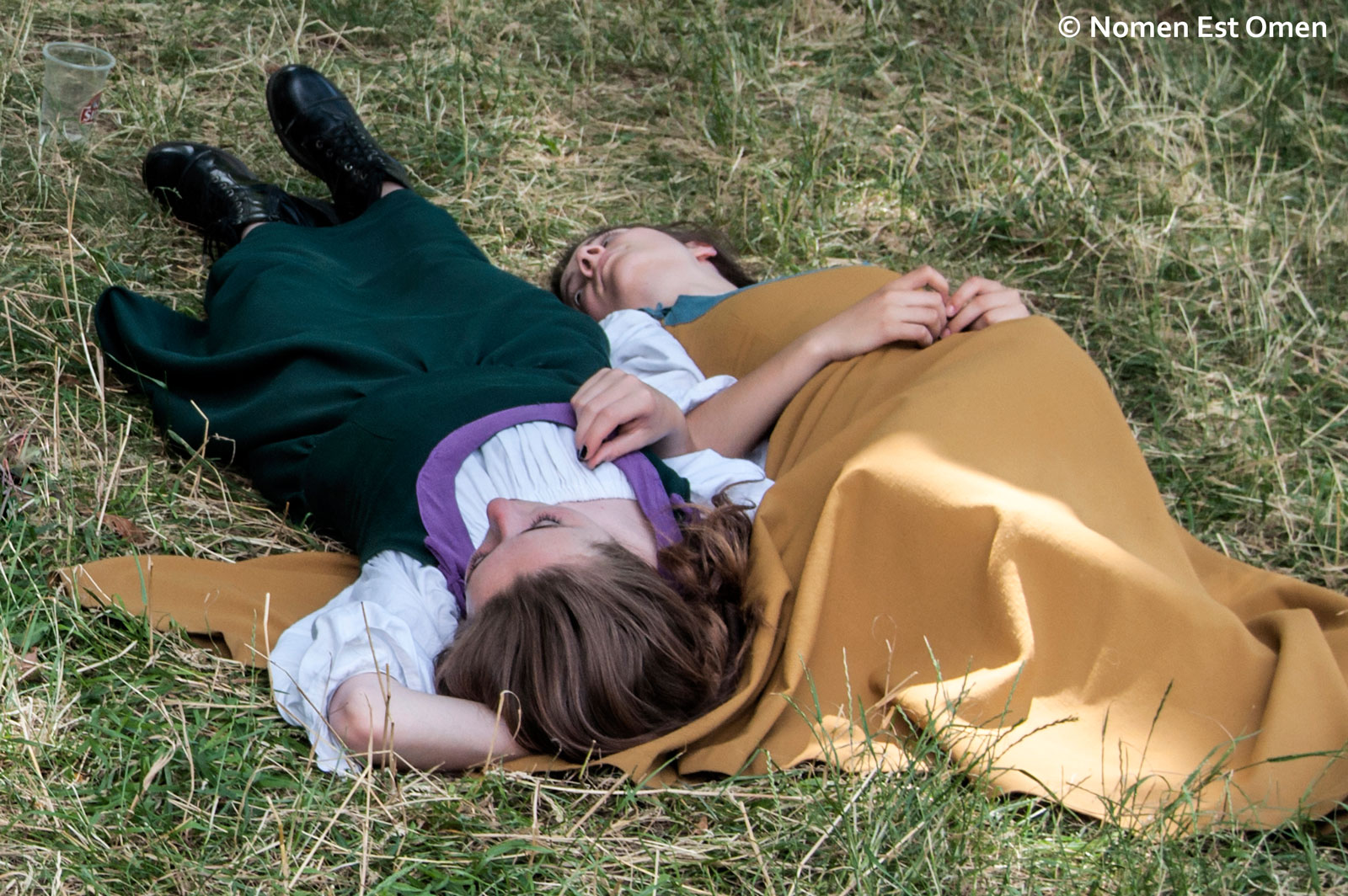 Today, the bedroom and sleeping in privacy is commonplace. In the Middle Ages things were different. Peasant slept on the floor on thin mattresses of straw or peat moss. In cold weather, heat was provided by fireplaces placed in the middle of the room. The danger of fire was a single step away and that was extremely small. Nobles, merchants and wealthy townspeople could afford better conditions for sleeping as beds with canopy, mattresses, sheets and blankets. Sumptuous and impressive, beds occupied prominent position in what today we call living rooms. Obviously, the concept of the bedroom did not exist. Designed for the whole family beds were often very large. Guests were offered places in common beds, near fireplaces or stoves and they slept with their day colthes in it.

The bed was the most expensive piece of furniture and is often mentioned in wills. Lice, fleas and cockroaches had their legitimate place in the arsenal of a sleep, and people accepted this state of affairs as a normal and inevitable aspect of life. Even the royal chambers were populated by small visitors. A. Roger Ekirch’s book, At Day’s Close: Night in Times Past systematically and comprehensively describe how and in what way was sleeping in the past (we are interested in the Middle Ages and Renaissance, of course).
Finally, in a very interesting article Danièle Cybulski discusses  Sleeping Beauty story in its original form. It is about the XIV century prose romance Perceforest , where the beautiful princess Zellandine and the knight Troylus are the heroes of an intrigue with a powerful sexual and metaphysical character. The light version animated by Walt Disney and known on a global scale, took part of it and totally avoided the root issue.
To return to the “sleep” that inspired these lines, the girls in the picture above, dancers in the group Nosa from Bistrita were captured during lunch break at the Medieval Festival in Targu Neamt, edition 2015, with a telephoto lens Canon EF 70-200mm f / 4L USM, at about 40 meters from the stage where Nomen Est Omen performed his sound adjustment session. We remember the time of writing, when is – 15 C outside, that the picture was made in one of those hot and humid days, when the shade of trees, possibly cold beer are the man best friends.
Nomen Est Omen concert in Targu Neamt: